Join us from 5:30-6:45PM for an optional dinner. There is a $5.00 per person cover for all guests 10 & over. If you are bringing a Wild Game dish, it needs to be here by 5:15PM for the cooking contest. Wild Dish entries will receive an extra door prize ticket (gift cards for winners – 1st place $100, 2nd place $50, 3rd place $25). Display your Wildlife mount – drop off Friday at River Oak Church 12 noon-4PM. There will be many door prizes and raffles for black powder rifle, crossbow and Johnny Morris Carbonite 2.0 rod/reel combo

● If you have photos you would like to show, please email them to Janet Totty at janet.totty@riveroakchurch.org 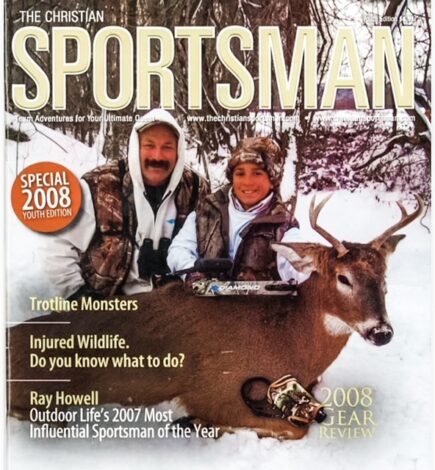 We would like to welcome guest speaker Ray Howell, to River Oak Church!

Ray Howell’s youthful years were filled with boyhood dreams of hunting and fishing. Due to being fatherless and having to work daily on his foster parents farm, Ray never thought these dreams could become reality. Being without a father, he didn’t have a role model to teach him about hunting and fishing. However, Ray’s social worker, Tom Poukey, decided to take him under his wing. Tom took Ray on his very first white-tail deer hunt during his high school years and convinced Ray that regardless of his current circumstances, he could pursue all his dreams when released from foster care at the age of 18. Ray eventually harvested his first buck when he was 20 years old. He was hooked!

Invite your friends to come hear Ray’s incredible story and how he went on to achieve many accomplishments including: